“When you think of what [Wallenberg] did, you ask yourself: ‘But how come that there were so few Raoul Wallenbergs?’ ”  —Kofi Annan, U.N. Secretary General

“As long as Nazi violence was unleashed only, or mainly, against the Jews, the rest of the world looked on passively and even treaties and agreements were made with the patently criminal government of the Third Reich. […] We shall never forget the heroic efforts of the small countries, of the Scandinavian, the Dutch, the Swiss nations, and of individuals in the occupied part of Europe who did all in their power to protect Jewish lives.”  —Albert Einstein (Dec. 10, 1945) 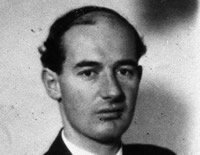 More than 70 years ago, Raoul Wallenberg, the Swedish diplomat who saved thousands of Hungarian Jews during the Holocaust by issuing diplomatic documents and sheltering them in “safe houses” disappeared. But his story is still newsworthy, part of a mystery never solved. Only questions about his fate remain ever since he vanished without a trace in the last days of World War II, never to be seen or heard of again.

There are those who try to keep his memory alive.
The International Raoul Wallenberg Foundation (IRWF) in New York—founded by Baruch Tenembaum—remembers the deeds of Raoul Wallenberg (and others) and honors this “Hero Without a Grave” to keep his legacy alive. Their mission is to teach that there are still some forgotten “Righteous Gentiles,” whom humanity owes recognition and deep respect. It is up to all of us to make sure that Wallenberg’s mission is duly remembered, a mission made even more urgent since the number of eyewitnesses is dwindling down.

Raoul Wallenberg’s actions have a great impact today: they prove that even one person can change history. They prove that there is always a need for a person who takes risks and defies a convenient herd mentality to the point of endangering his or her own life. It shows that civil courage, honesty, humanity and compassion are possible even when faced with evil. Wallenberg stands for speaking out openly against injustice, intolerance, prejudice, bias and hate, which are still prevalent today. His deeds remind us that even when evil seems insurmountable, one still has to overcome it. 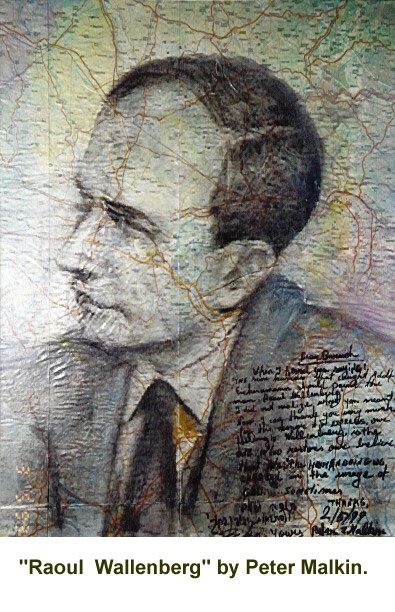 Today, that could mean taking a bolder stance against human rights abuses and genocides happening in our midst. Wallenberg’s story shows us that we can act individually by becoming whistleblowers in our own community, in our schools, among our peers; we just need to be curious and interested in other points of view. We need to become less complacent. But Wallenberg’s story also reminds us that sometimes, even when we are just and righteous, evil might prevail. But it’s always worth trying.

Vanished Without a Trace

Wallenberg was captured in 1945 by Soviet troops during the liberation of Budapest and vanished. According to Russian officials, Wallenberg died in captivity.

“When you think of what he did,” U.N. Secretary-General Kofi Annan (who is married to the niece of Raoul Wallenberg) was quoted in Time Magazine on Sept. 4, 2000, “you ask yourself: ‘But how come that there were so few Raoul Wallenbergs?’ When you talk to his sister—my mother-in-law,” Anan continues, “she says he was not a daredevil but a very calm, gentle man. Yet he had a kind of inner strength that let him do what he needed to do to save people. You ask yourself: ‘there were all these other, more powerful people—where were they?’ ”

On October 5, 1981, Wallenberg became an honorary American citizen. At the time, only one other person had been made an honorary American citizen: Sir Winston Churchill. The legislation, initiated by Congressman and Holocaust survivor Tom Lantos (D-Calif.)—who owed his life to Wallenberg’s deeds—sped through Congress, and President Reagan signed it into law in the Rose Garden that fall. “Our hope was that we could save [Wallenberg] by using a tactic similar to the one Wallenberg himself had so creatively applied during the war to save us and so many others,” explains Lantos. “We would create an American citizenship document to give the United States an opportunity and reason to work for his protection. Some of us in Congress continued to press the Soviets through the years, using the vehicle of Wallenberg’s honorary citizenship. Unfortunately, our progress in solving this mystery has been minimal.”

On October 8, 1986, the street in Washington, D.C., where the United States Holocaust Memorial Museum was about to open to the public, was renamed Raoul Wallenberg Place. And a bust of Raoul Wallenberg stands in the U.S. capitol. 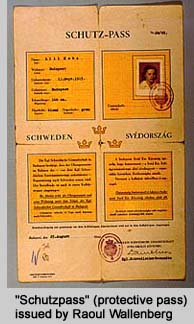 “Many honors have been given, and will continue to be given, to preserve the memory of Wallenberg’s achievements,” says Lantos. “[In 20013, Wallenberg was named] an honorary citizen of Budapest. Such honors are helpful in educating the world about Wallenberg’s selfless and courageous work….The international community, and most especially the American government, must redouble their efforts to establish the facts of what happened to him. Additional pressure must be brought to bear against Russia to open all archives related to his case, even if it means unleashing embarrassing secrets of the Soviet era—or more recent secrets, and not just Russian ones.”

The media, however, are not doing what they should to honor this man and commemorate his deeds. My numerous requests to grant Wallenberg some recognition in US newspapers and magazines were usually met with silence.

After all, Wallenberg is not news anymore.

In 2001, Sweden’s Prime Minister, Goran Persson, announced, “It cannot be said [Wallenberg] is dead,” and he concluded, “There is no evidence of what happened [to him].”

In November 2000, Russian officials acknowledged for the first time that Raoul Wallenberg had been sentenced to death and probably been shot in 1947. “This important pronouncement should prompt Russian President Vladimir Putin to issue a decree,” demanded the New York Times in its editorial of November 29, 2000, “at long last acknowledging that Wallenberg was a victim of Stalin’s repression….It is time for Mr. Putin to set the record straight about Raoul Wallenberg’s last years.”

In September 1991, a Swedish-Russian working group on Raoul Wallenberg was commissioned to inquire about his fate. The working group presented its findings at a press conference in Stockholm on January 12, 2001.

Their initial report was made available in Swedish, English and Russian, and a report by the Russian side of the working group was published in 2004.

Six decades after Wallenberg’s disappearance, the International Raoul Wallenberg Foundation started a worldwide campaign that collected 100,000 signatures, as many as the lives saved by the “Hero Without a Grave”, to be presented to the United Nations to urge the solution of one of the most controversial and unresolved cases of modern history. 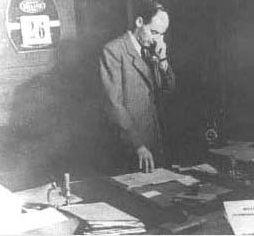 Baruch Tenembaum: “The wealth of nations is not only the result of accumulating capital but above all, a precious benefit that important countries obtain and preserve by looking at their past, directly and without shame, regardless of how atrocious it may have been. We find that life comprises things that are more important than life itself. One of these things is the truth. When we renounce truth, the fall is unavoidable and unlimited. Back in 2016 the Swedish Tax Authorities officially pronounced Raoul Wallenberg’s death, but this was a mere administrative mood.”

In the summer of 2017, Raoul’s closest family members, including his niece Mary Dupuy, initiated a lawsuit against the FSB (Russia’s main security agency and successor to the KGB), asking for classified archival documents that could shed light into Wallenberg’s fate after his imprisonment.

In September 2017, however, the FSB rejected their claim to release any documents pertaining to Wallenberg’s fate. The family has vowed to appeal that decision.

* The International Raoul Wallenberg Foundation in New York can be reached at: irwf@irwf.org

By now, you should have more than enough material to start writing about your topic. As you can see, oral history, the words of survivors and witnesses, will become a major part of your work. Let the survivors talk and listen.

Elie Wiesel, Holocaust survivor and author, once said: “A person, who listens to a witness, becomes a witness.”

Links on the Holocaust

Content Strategist, -Designer, -Curator, Editor, Writer, Web Developer for content-rich websites with a global audience. Founder of Content+Design™ LLC. Helping you focus on your content to get your message out.
PrevNext